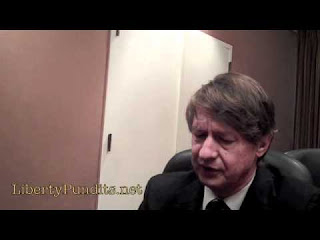 In the piece I wrote about P.J. O'Rourke yesterday there was a piece that I left out, that I sort of wish that I put in. But hey, today's a new day and I'll be able to stick that in here, like you stick in ice cream that you can't seem to live without in a very crowded freezer. But again I'm not a Libertarian and I don't agree with O'Rourke on everything. And here is where he is wrong about not voting. What are the two biggest threats to corrupt politics and corrupt politicians? Educated voters and educated voters who vote on a regular if not every time they get a chance. And if they live in Chicago or perhaps anywhere in Illinois, they may get to vote for the same person twice in the same election.

I guess even if you're dead in Chicago not only does your vote still count, but your votes in the same election and contest still count. And that is all of the Chicago material that I have, for now. But the educated voter whether they are only able to vote once per-contest or not, (ha ha) is the biggest threat to a corrupt politician. Why I say that? I'll tell you anyway, because the educated voter knows about the corrupt politician because they keep up with the news and the news that effects their representative or executive in their town, district or state. And they know who has that Senator, Representative, Mayor, Governor whoever in their back pocket and what those groups get for their investment.

As a Liberal I would never be in favor of compulsory voting. In English that means requiring people to eat their vegetables, I mean vote by law. Especially when our politicians are at best only as good as the people they are supposed to represent. And even if they were as good as the people they represent, they wouldn't be good enough. That would just be big government nanny state "we're going to force those vegetables down your throat for your own good. And if you still don't comply, we'll lock you up, which will be worst for you. But we'll say it's for your own good, so we can get away with it". But imagine what an educated electric would mean for corrupt politicians? "I might have to clean up my act, or risk losing my next election, or worst going to jail".

Imagine if we had politicians as good as the people or even better. People who don't just get themselves a good education, but then use those skills to do something outside of technology, celebrity culture or entertainment and used that education to get involved in public service and current affairs. Not because they like politics and think it would be an easy way to earn a living at taxpayers expense and not have to work that much and just find enough special interest groups to keep happy so they never have to worry about losing. But because they hate the corrupt political system and the corrupt politicians in that system and want a better system that actually represents those people.

But if people just bothered to learn about the people who are running for office and are currently in office and keep up with the government that they are forced to pay for, they would be "mad as hell and not going to take it anymore" and take that anger out on the people who are in office. And vote for those people who were pissed off enough to run for office to change the system and give the country a government that is responsive to the concerns of the country and responsible. But I know that would mean watching less realty TV, not knowing what their latest celebrity wore to the last awards show, or what they are in jail for now. Or less time on Facebook and their smart phone. But wouldn't it be worth that to have good government that we actually don't mind paying for?

Posted by Ederik Schneider at 4:57 PM