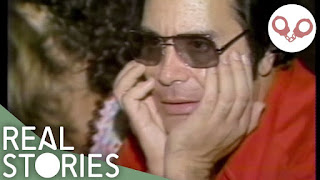 Source:Real Stories- documentary about Reverend Jim Jones.
"Jonestown, (November 18, 1978), location of the mass murder-suicide of members of the California-based Peoples Temple cult at the behest of their charismatic but paranoid leader, Jim Jones, in Jonestown agricultural commune, Guyana. The death toll exceeded 900, including some 300 who were age 17 and under, making the incident one of the largest mass deaths in American history."
From Britannica
"This feature-length docudrama tracks the final build-up to a horrific doomsday: the infamous mass murder and suicides of Jim Jones’ cult followers in the jungles of Guyana, where over 900 men, women and children died on November 18th, 1978.
Using extensive dramatic re-enactments, newly-released U.S. government information, as well as archival footage and interviews, Jonestown: Paradise Lost goes beyond ‘official reality’ to take the viewer deep into the inner workings of this monstrous cult and its apocalyptic end."
From Real Stories 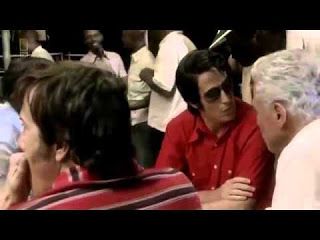 Source:History Channel- documentary about Reverend Jim Jones.
To understand Jonestown, you first have to know about the People's Temple, which started out in downtown San Francisco, one of the most beautiful cities in the world, and in a many ways an actual paradise, which is where a lot of members of Jonestown were from or at least were living before they moved to Guyana in South America in the early to mid-1970s to build what became Jonestown, which at the end of the day was not much more than a prison camp.
The People's Temple in San Francisco was put together by a Socialist Christian, the Reverend Jim Jones, who moved his organization from Indianapolis, Indiana, where it was unwelcome because his group was a biracial, multi-ethnic church. Far-right religious conservative Indiana in the 1960s and early 1970s did not accept non-Caucasians and people who didn't believe in their American way of life, whatever the hell that was supposed to be, so the group moved to San Francisco, which was seen as progressive or socialist, and sufficiently tolerant to allow them to build their community.
I think this is where the paranoia of Jim Jones comes in, because San Francisco, for whatever reasons, was not acceptable for what he wanted, which was to build a community and an organization, where people literally took care of each other and lived off each other in a socialist communitarian Christian way of life and not the religious-right silliness that is more common in America.
The People's Temple in San Francisco comprised American outsiders of all races and ethnicities, including Jim Jones himself, people who couldn't make it in America for all sorts of reasons, including drug addiction, who were looking for something that would give their lives meaning. They wanted to make a difference or hoped to make the world better. These were the people who made the People's Temple run and did much of the work.
If you take Jim Jones out of the picture here and replace him with someone like Dr. Martin King or Dr. Andrew Young or Reverend Jesse Jackson, or even Dr. James Dobson, a leader of the Christian Right, the People's Temple, I believe, is still in business today because it had the strong moral leadership of people only interested in serving the then under-served and would have the financial backing to be in business today.
You can also see this post at The Daily Journal, on WordPress.
Posted by Derik Schneider at 4:08 PM

Email ThisBlogThis!Share to TwitterShare to FacebookShare to Pinterest
Labels: Jonestown