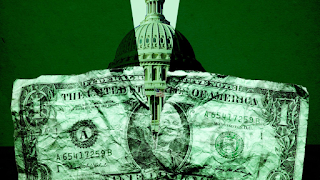 “The Congressional Budget Office (CBO) has projected that the annual budget deficit will soar from $779 billion to $1.37 trillion over the next decade. And even that assumes that Congress will allow the expiration of both the 2017 tax cuts and the 2018 bipartisan deal increasing discretionary spending.
If those and other expiring policies are renewed—which history suggests will happen—the budget deficit would reach a staggering $2.19 trillion a decade from now (this figure also removes the fake savings from shifting payments across years).”
From The Daily Beast
“Senators Bernie Sanders and Elizabeth Warren’s new tax plans would make sure the super rich pay their fair share.
Senator Elizabeth Warren and Senator Bernie Sanders are both introducing tax reform bills that would use wealth tax to make the rich pay their fair share. The Elizabeth Warren wealth tax could raise trillions of dollars in tax revenue. Both Warren and Sanders have thrown their hat into the 2002 presidential election. Elizabeth Warren 2020 is gaining steam daily. Republicans meanwhile are hoping to create more tax cuts for the rich.
Warren unveiled the Ultra-Millionaire Tax. It could generate almost $3 trillion for Americans over the next decade. It would only affect households with assets over $50 million. It would tax 2% on every dollar of net worth above $50 million and tax 3% on every dollar of net worth above $1 billion.
Bernie dropped the ‘For the 99.8% Act.’ It goes after the 0.2% of Americans who inherit more than $3.5 million by taxing their estates at 77%. This comes after 3 GOP Senators introduced plans to abolish the estate tax, which they deem the ‘death tax.’
Bernie’s tax plan could raise $2.2 trillion from just 588 billionaires over time. And raise $315 billion in the next decade. Bernie’s tax plan isn’t new — a GOP President once championed the idea. One thing’s for sure: Wall Street is terrified by both Bernie AND Warren’s plans.” 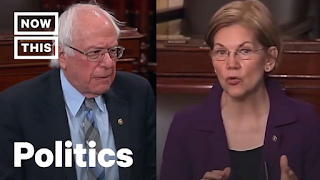 From Now This News
Social Democrats or Democratic Socialists, ( let's calls them )  that the national debt and budget deficits aren't important, because their new investments will payoff anyway. And even if our fiscal situation is a problem like a trillion-dollar deficit and 20 trillion-dollar debt, they could just tax rich ( as if that's never been tried before ) or gut the defense budget. Of course having no idea where to gut the defense budget anyway, since Democratic Socialists tend not to believe in national defense and have this hippie or Nordic way of looking at national defense anyway.

And as a result we now have a Democratic presidential field where every leftist candidate at least is trying to become the next Bernie Sanders Socialist and win the nomination by trying to out promise ( or out pander ) or I at least would argue out socialist everyone else including Bernie Sanders. By trying to play Santa Clause to every young Democrat they can find in every college town that they can find and promise them all this new so-called free stuff in order to win the nomination and the hell with the deficit and national debt.

Which is what can happen when you have no many young idealistic voters who believe that government can do all these things for the people and aren't mature and responsible enough to ask basic questions ( that might sound insulting to Socialists ) like, "how much will this cost me?" Or, "how will you pay for all these new programs?" Which is the state of the Democratic presidential race right now, the more government spending, the merrier and we'll worry about the costs later on after we're all out of politics and government.
You can also see this post at The FreeState MD, on WordPress.
Posted by Derik Schneider at 11:50 AM